This was a disappointing result but the team gave their all so we can’t have any complaints. The weather was poor as was the pitch condition so it was always going to be a hard slog.

We started well and the lads took the pre-match instructions on work rate and attitude literally and applied themselves really well. We were on top for the first 20 mins in which leading scorer Adam Rooney scored from a lovely free kick. This was Adam’s 11 goal in 10 games so far this season ( Who needs Christiano Ronaldo?). Eoin Holden was very unlucky not to add to our lead. After this period Strand gained confidence and we struggled to convert any of our chances.

The game was more even in the second half even though we should have went 2-0 up from the penalty spot but misssed. Strand played better in the second half and bunched the play in midfield. Strand nicked an equaliser near the end. Having said that we could still have grabbed a winner. We were the better side and are disappointed not to have taken the win. The lads worked their socks off – it just didn’t happen for us today.

Cian O’Riordan was superb at left back and stopped everything on his wing. Oisin Lynch and Tom Savage did very well at centre back. Eoin Holden worked extremely hard at centre forward and was unlucky not to be rewarded with a goal- Eoin followed our game plan for him perfectly- well done.

Congrats to December player of the month Adam Rooney.

No training until January 3rd. Happy Christmas to all our players and their families.

Player of the Match – Cian O’Riordan 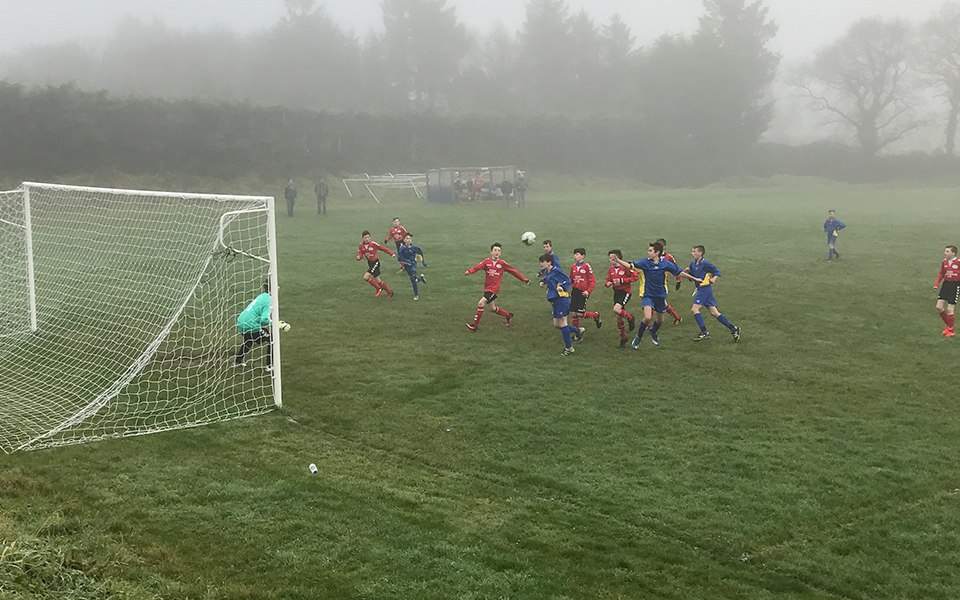