Last Sunday, Carrigtwohill travelled away to play Pearse Celtic at Coffey Park. The grass was long and the pitch was heavy due to recent weather conditions so this added to the challenge this Carrigtwohill team would face.

Pearse started the stronger team in the opening 10 minutes and they struck first when they scored a well worked goal to go 1-0 up. Soon afterwards they were awarded a penalty but Cal Flavin who was busy throughout the match pulled off an incredible save to keep the score at 1-0. The match could have went either way at that stage but the penalty save provided a huge boost to the Carrigtwohill team and they eventually began to turn the tide.

The introduction of Sean Guiney on the right wing proved to be a major part of the Carrigtwohill revival. Sean who had been out injured for the previous 3 matches was eager to leave his mark on the game and he certainly did when he collected a ball from Pol O’Connor and scored a brilliant goal. As Carrigtwohill adjusted to the conditions, they began playing a much more expansive style of football to stretch the Pearse defence. Pol O Connor, Eoin Garvey, Jack Lombard and Sophia Redmond were all busy in midfield & playing some telling passes and breaking down the Pearse attacks. Cathal Doyle and Hugh Crowley up front were full of running and getting into great positions.

Sophia Redmond put Cathal Doyle through with a sublime pass which he expertly controlled and looked certain to score only to be called offside. Hugh Crowley had a number shots which narrowly missed the target but it was Sean Guiney who put Carrigtwohill ahead with another expertly taken goal.

The match was still in the mix and there were some strong crunching tackles going in. Cal Flavin took 2 big hits to his shoulder and knee while making some brave saves but he was in no mood to come off as he was determined to make sure that Carrigtwohill did not concede any more goals during the match.

The defence of Sean Barry, Cillian McCann, Dan Guiney and Conor Nolan were superb as they contained the Pearse attack and gave Carrigtwohill the much needed stability that they needed. Sean Guiney grabbed his hattrick with another well taken goal.

James Doyle was introduced when his brother Cathal had to come off injured and was keen to continue his brothers good work.

Sean Guiney was really up for this match and was not content with his hattrick and he scored the goal of the match with a thunderous effort from distance into the top right hand corner leaving the goalie with no chance. Finally with a few minutes left Sean let fly with another shot and it was help over the line by James Doyle.

Overall this was very impressive performance by the team and an outstanding performance by Sean Guiney. Although the final score line was 5-1, this was a tough match and the coaches were extremely satisfied and proud how their team performed.

Player of the match : Sean Guiney 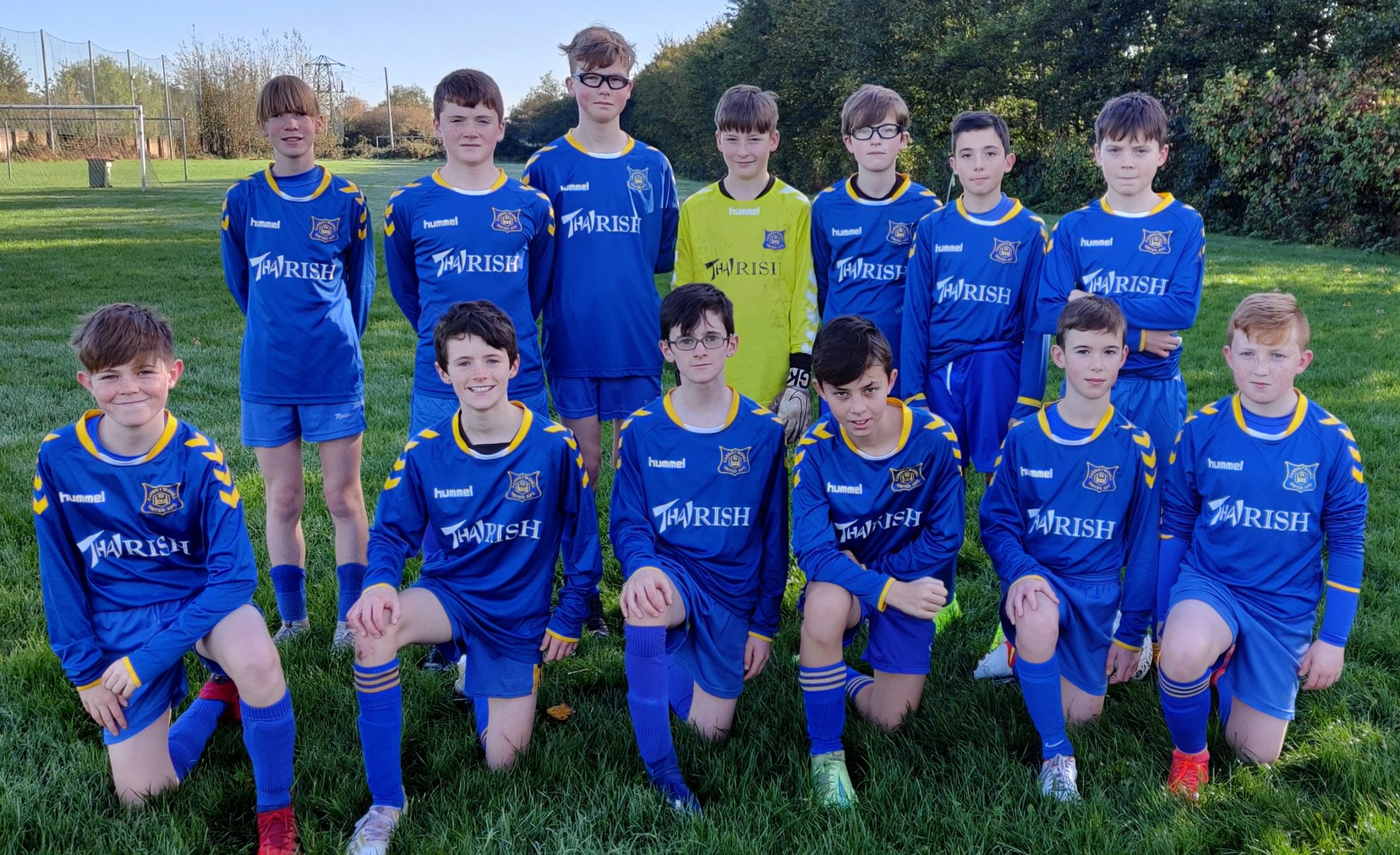 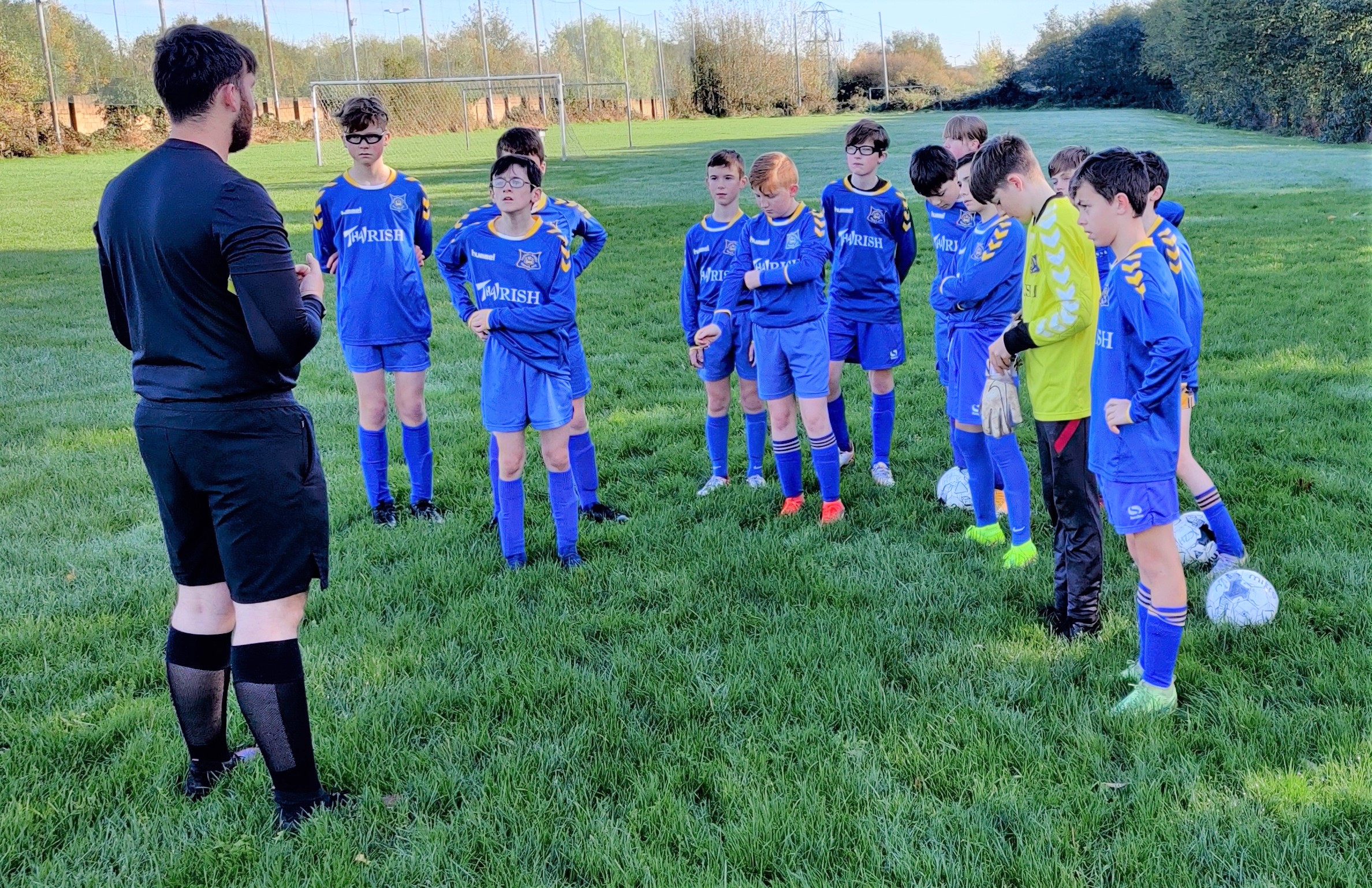