Carrigtwohill U13 got there division 3 campaign of to a very exciting start on Saturday morning.  The home team started very well, playing some great passing football and using Ryan Wolfe’s pace up front. Carrig got the opener on twenty minutes Ryan Wolfe providing the finish and capped a great first half with Patrick Walsh finishing a great team move for the second. Great work by the defence and midfield ensured carrig got to the break 2 nil up. 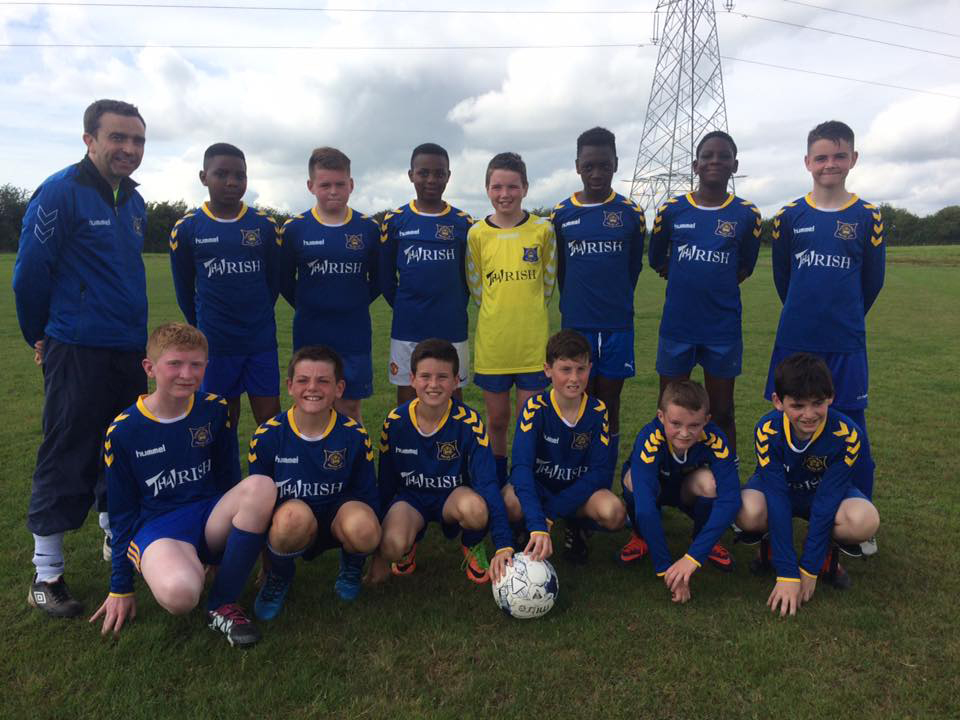 The second half saw Coachford start the stronger and a early goal was their reward. It was the next ten minutes that Carrig should have put the game to bed, but 3 great chances were missed. Fair play to away team a couple of great corner deliveries and Carrig found themselves 3-2 down. But heads stayed up and on the break Ryan banged in the equaliser. 2 minutes from the end Coachford scored what looked like a winner, but the lads reward for not giving up was Daniel Murnane’s cracking equaliser.

Man of Match Adam Murphy put in his best performance in a Carrigtwohill jersey, well done.

Player of the Match; Adam Murphy