Under-13 National Cup at Ballyadam

Carrigtwohill had a tough fixture in the National Cup when they came up against Fermoy FC who are a Division 1 team and a division up from Carrigtwohill.  The match started off even enough as both teams had their chances at either end. Cal Flavin was in fine form and pulled off some outstanding saves to keep Fermoy from getting on the score sheet. His distribution of the ball from the kickout was very effective in transitioning from defence into attack for Carrigtwohill.

On the other end of the pitch Hugh Crowley, Jack Lombard & Robert Cotter were showing some nice touches and some great interplay to create goals threats for Carrigtwohill. As the match wore on in the first half there was no doubt that Carrigtwohill were having the better of it. There was some great work in midfield by Pol O’Connor, Eoin Garvey, Sean Guiney, Rory Nolan & Sophia Redmond as they put in some tough tackles and opened up the pitch by playing down the wings and putting crosses in. The defence of Sean Barry, Cillian McCann, Dan Guiney, Conor Nolan & Ross Dorney were as solid as ever as they held the line and gained the upper hand over the Fermoy attack. All that Fermoy could do at this stage was to get as many bodies behind the ball as possible as they managed to keep the score to 0-0 at half time.

Carrigtwohill came out in the second half determined to push home their advantage and within 20 seconds of the restart Sean Guiney cut in from the right and let fly with one of his trademark thunderbolt shots into the top right hand corner to put Carrigtwohill 1-0 up. To their credit Fermoy fought back hard and got 2 well taken goals to go 2-1 and soon after got another to go 3-1 up.

Carrigtwohill made changes to their formation and pushed their 2 wing backs into more advanced positions as they went search of more goals.  Pol O’ Connor who was covering every blade of grass on the pitch managed to get on the end of a pass to skilfully tuck the ball away to bring Carrigtwohill right back into it. In the end Fermoy’s experience of Division 1 soccer paid off and they managed to see out the match at 3-2. This was another great performance by this Carrigtwohill side who showed a lot of character and determination to never give up on this game. Carrigtwohill were definitely as good as Fermoy and on a different day the result could easily have went to Carrigtwohill.

Player of the Match: Pol O’Connor 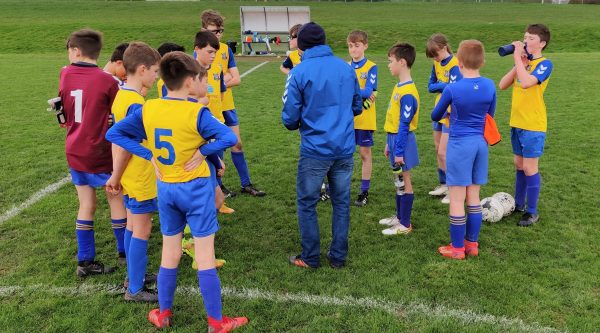 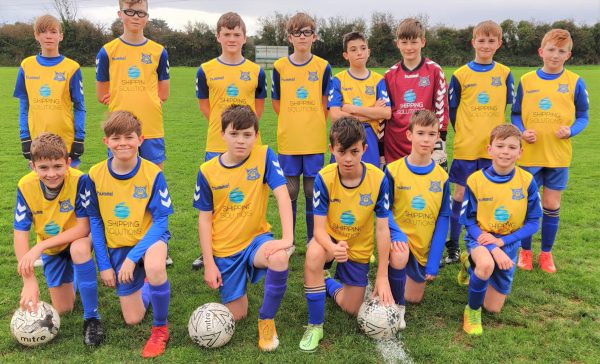