This was a very tight game that we were unlucky to lose. Bunratty started the better team and Carrig were slower than normal to get into their stride. Carrig missed a penalty in the first half ( against the run of play) but we took the lead shortly after from a parried shot from Adam Rooney which Eric O’Sullivan blasted to the roof of the net. Cian O’Riordan was playing very well at left back and constantly stopped Bunratty from getting crosses in. Piaras Fitzpatrick also battled hard in the middle of midfield.

We fought hard all over the pitch but shortly after scoring we conceded an equaliser. We took the lead again with 10 minutes to go. A Carrig corner was headed out of the box by Bunratty to an oncoming Liam Moore who drove the ball at full speed to the top corner. This was a goal good enough to win any game. 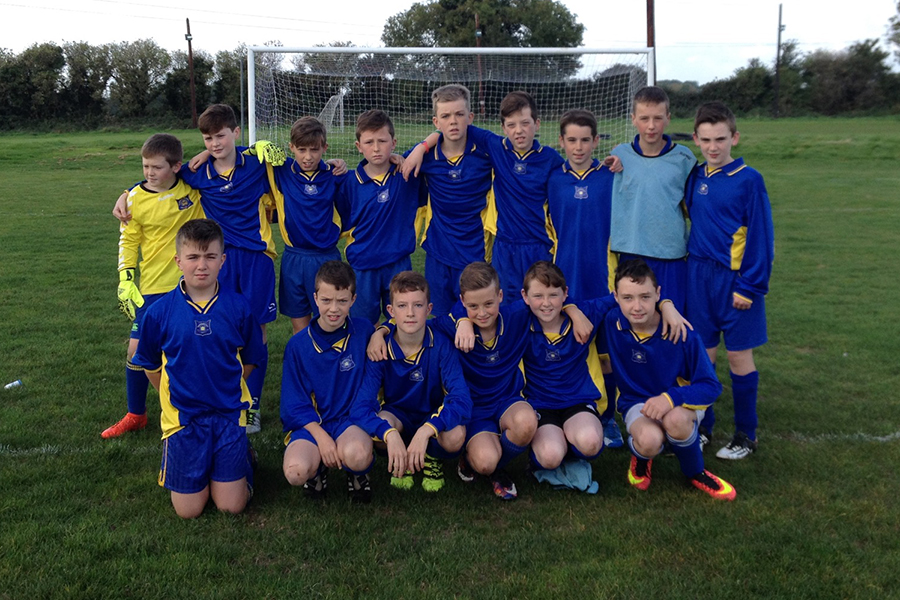 A few minutes later Bunratty scored a poor goal from our point of view and with 4 minutes to go Bunratty were awarded a dubious penalty from which the scored the winner. Carrig as always fought to the end and could have snatched an equaliser.

Overall it was a good team performance which deserved at least a draw if not the win. The standout players for Carrig were Man of the match Liam Moore, Cian O’Riordan at left back, and Eric O’Sullivan at left wing. The entire Carrig team should be proud of themselves for the effort and heart they displayed. Congratulations to Bunratty and we wish them luck in the next round.

Player of the Match – Liam Moore