Competitive football returned to Ballyadam on Bank holiday Monday following an absence of over eight months due to government restrictions.

In reserve Evan O Regan O Connor, Morgan Foley, Noah Nsengiyumva and Ronan McCarthy waited eagerly. The conditions were good and the schoolboys pitch looked in great nick thanks to Andrew Long (facilities manager) and his crew. Carrigtwohill dominated the proceedings from the off with Roan and Tom pulling the strings. In midfield, Kyle had the visitors on the back foot with his pace down the right wing and 20 minutes of pressure finally brought a goal when his cross was met at the back post by Rian with a spectacular diving header. The hosts doubled their lead just before half time when Rian swung in a corner kick for Cillian to finish from close range.

Evan’s introduction 5 mins into the second half saw Carrigtwohill impose their slick passing game on Ballincollig and a slide rule pass from Roan released Rian who smashed the ball into the top corner from 15 yards. This was the first of 4 goals in a ten minute period that would put the game well and truly beyond Ballincollig. Next Evan and Rian combined to set up Cillian for his 2nd and then Roan weaved his way through the visitors defence before pulling the ball back for Kyle to slot home and Rian would claim his hat trick with 15 minutes to play.

Morgan and Noah Ns terrorised the Ballincollig defence following their introduction and Ronan returned from injury to replace Niall at right back. Roan would go close with a free kick from 25 yards before Tom rounded off the scoring with a well deserved goal 7 minutes from time. Adam Lee and the back four were super organised and determined to keep a clean sheet, well done. A fantastic performance by all and progress to the next round ensured, man of the match goes to Roan O Keeffe just pipping his midfield partner Tom and hat trick hero Rian.

Player of the Match: Roan O’Keeffe 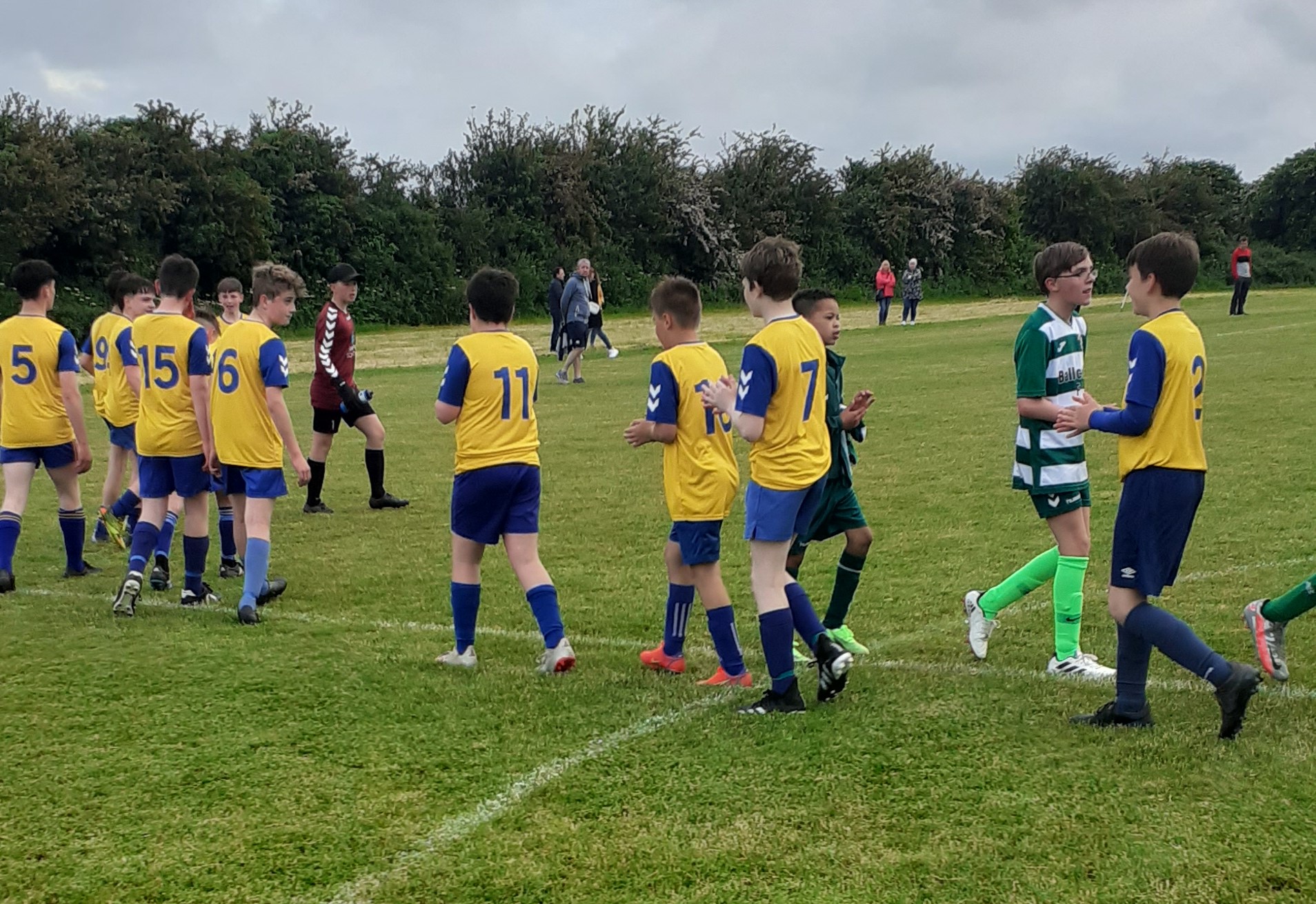 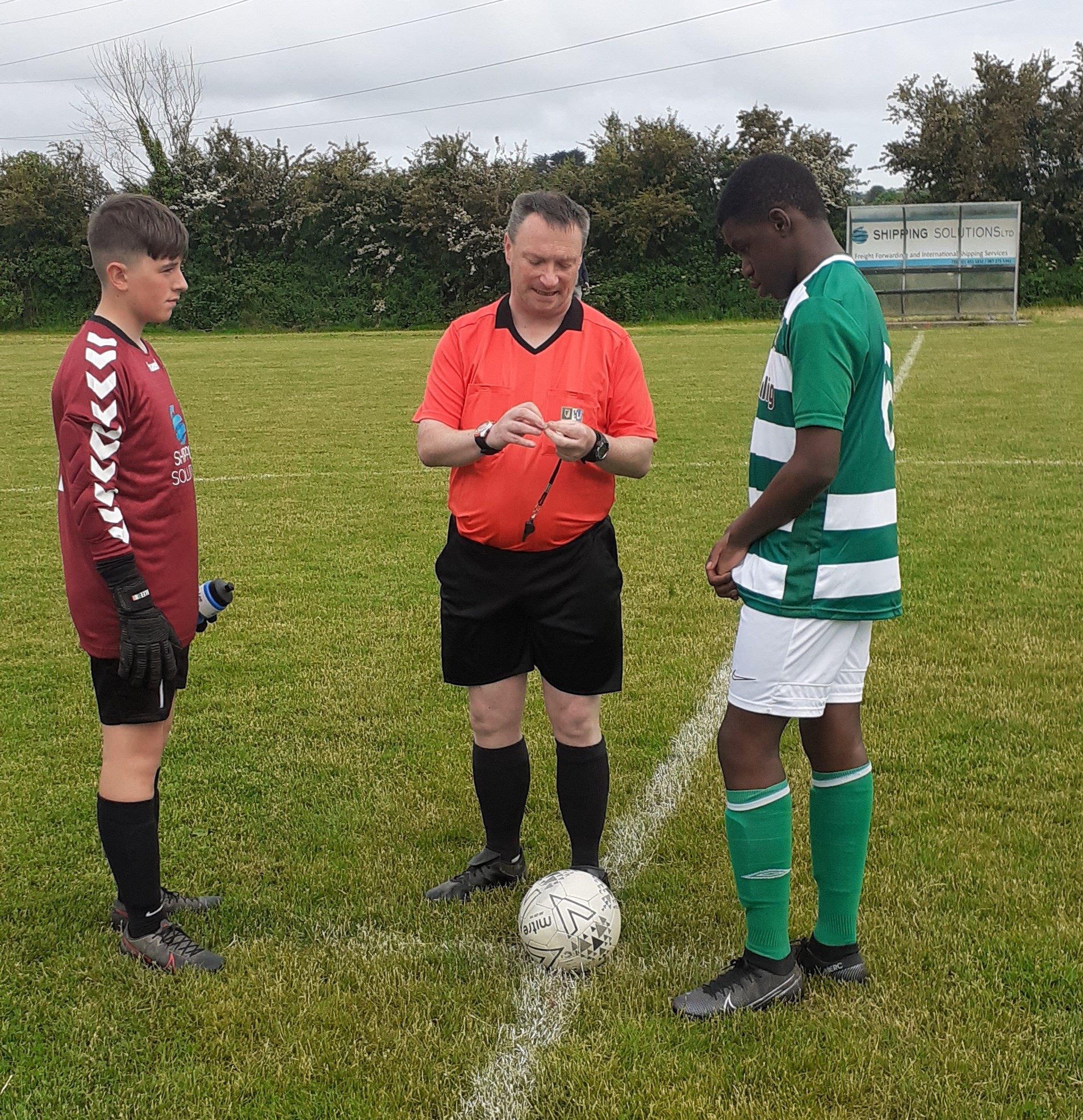 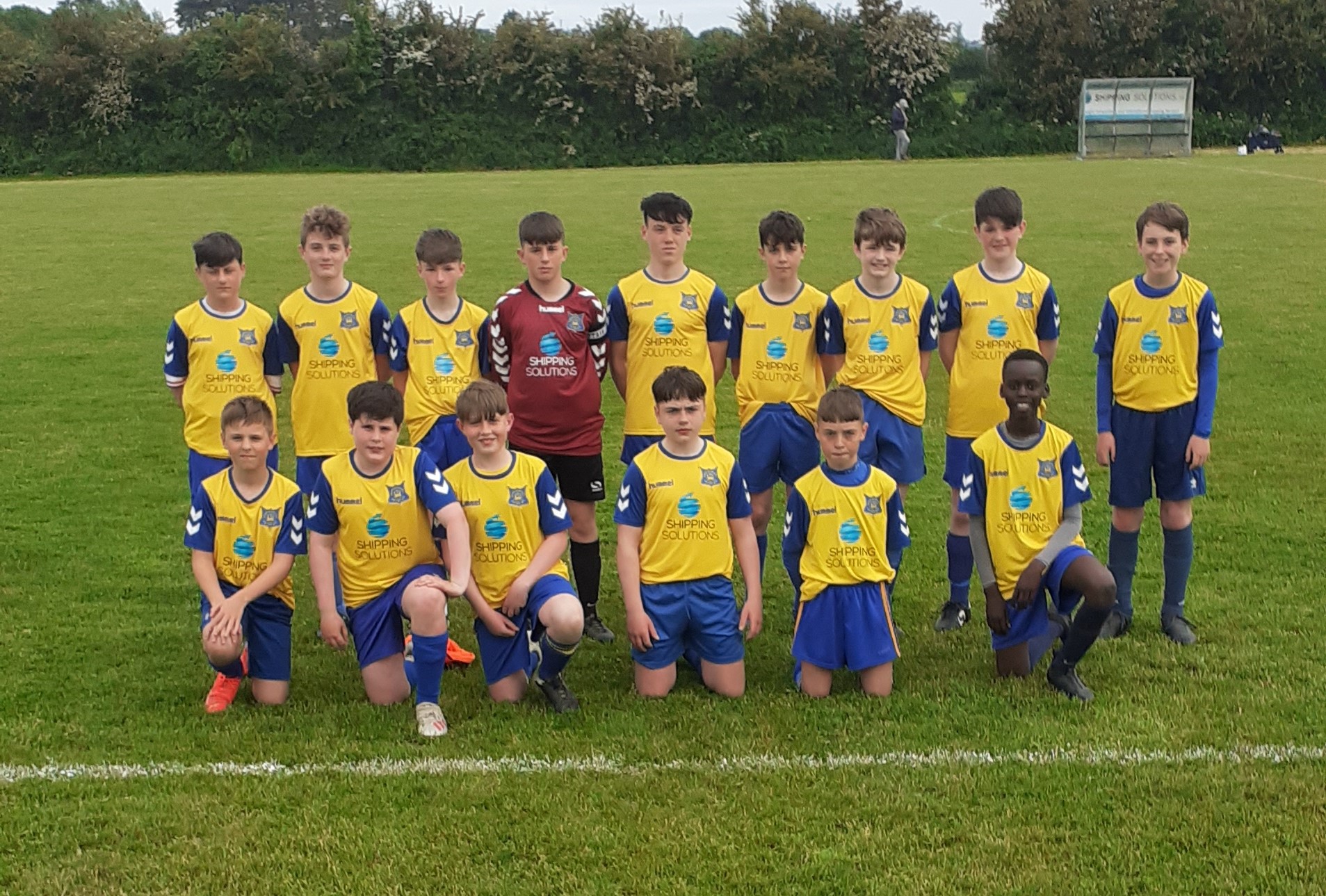