Carrig put in a great performance tonight to secure their first league win of the season away to Douglas Hall A.

Things didn’t start well, as we conceded first within 4 mins. Douglas’ quick attack down the left caught out our defence and the striker ran through and finished well into the far bottom corner. Unlike earlier in the season, this didn’t signal a collapse but a great fight back. We were level after 7 mins. Cian controlled the ball well and play a great pass down the left into the run of Piaras. He got to the ball first, beat the defender and then just as the defence thought he was going to shot, he made the great decision to coolly roll the ball across the box to George to give him the easy job of tapping into the empty net. The rest of the half was tight and both teams attacked and defended well. We got the break we needed minutes before halftime when Oisin won the ball and played it long down the middle. The Douglas defence were unsure, as the ball fell between goalie and defender, they hesitated. Darragh Ymedji didn’t hesitate and he got to the ball first and gave Carrig the 1-2 lead at the break. 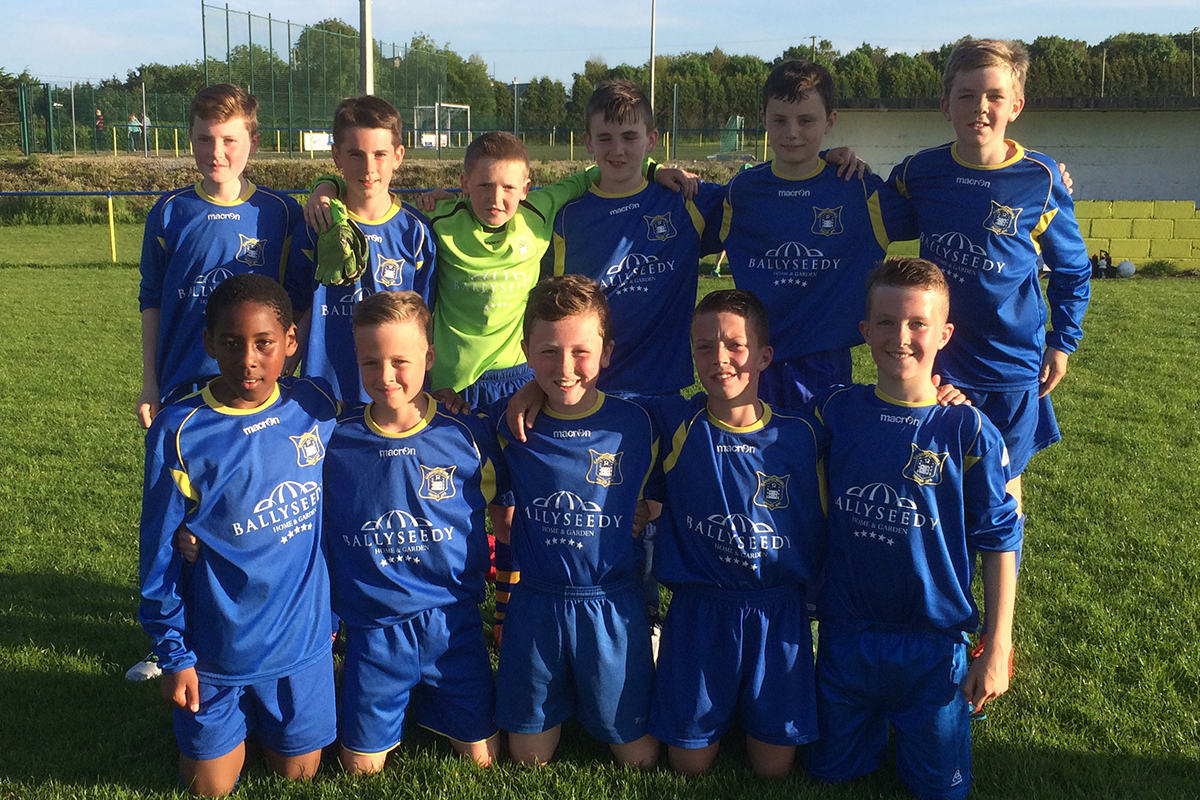 Once we started the 2nd half, with the slight hill and the strong sun at our back, things went all Carrig’s way. We extended our lead on 32 mins when good play down the left between Darragh and Eric, got Darragh through and he finished from close range. Douglas did have some chances but each time they looked dangerous the Carrig defence (Cian, David, Oisin and keeper Cameron) kept them out. Great football by Carrig’s midfield (Piaras, Eric, Liam, Adam) and strikers (Mark, George, Darragh) meant it was only a matter of time before more goals would come. The 4th goal came from a free kick. Mark played the ball into the box and when the Douglas defence failed to clear, Eric reacted quickest to poke it home from close range. The 5th resulted from more great passing on the right and when Mark got the ball on the corner of the box he chipped the defence and keeper sending the ball into the far top corner to round off a great team performance.

Tonight it was hard to single out any player for Player of the Match, anyone of 5 or 6 boys could have received it but it goes to Mark for his work rate in attack and defence, he was everywhere.

Player of the Match : Mark O’Connor.