On Saturday, Carrigtwohill welcomed Avondale to Ballyadam for their 3rd league game and with both teams having a brilliant start to the season, this game was  sure to be a high intensity game.

Carrigtwohill started the game with fierce determination and took control of the ball with some beautiful passing in midfield Kuba Czekaj took possession and gracefully skipped past 2 Avondale players and with a sublime pass across the box Miloz Giec was waiting to pounce on the cross and with a quick body adjustment Miloz was able to take the ball in his stride and drilled the ball past the Avondale keeper to make it 1-0 to Carrigtwohill.

Avondale started to put pressure on the Carrigtwohill defence but it was immense with the ability to deny Avondale any chance of an equalizer.

Charlie McCann, Simaz Valys, Killian O Halloran and Alex Doyle were on top form and with Jamie Gray in goal who was in complete control of any ball that came his way.

On the 12th min Carrigtwohill took possession with some fantastic defensive control by Killian O Halloran who then gave Kuba Czekaj who took it in his stride, skipped past 3 challenges from Avondale players and once again put a fantastic cross into the box. Avondale didn’t clear their box and Jack O Keeffe took advantage and slotted home Carrigtwohills 2nd.

Avondale never gave up and kept midfield and defence busy but the lads handled everything perfectly.

Charlie mcCann was instrumental with his defensive duties to stop Avondale from progressing towards our goal.

In the 19th min Alex Doyle took control of the ball and with a simple pass to Killian O Halloran who then beat his marker and passed to Kuba Czekaj who then with some magical footwork beat 2 Avondale challenges and put a brilliant pass to the edge of the box where Jack O Keeffe was waiting, Jack beat one player and pulled the trigger and slotted it passed the brave attempt by the Avondale goalkeeper.

The last 10 mins of the first half Avondale put pressure on our defence and once again they were met with a brick wall from our defenders and goalkeeper.

As the 2nd half got underway the team kept up the tempo and intensity and were hungry for more goals.

Avondale pressed forward and got control of the ball and a few passes found themselves just inside our penalty area and their striker took a fine shot but Jamie Gray in goal pulled a world class save to keep a clean sheet.

The subs quickly got into the pace of the game and were rock solid in their play.

Cian mcCann replaced Miloz Giec and within seconds his footwork and trickery were on show for everyone to enjoy.

Alex Menez,Oskar Luszczek and Paul O Neill came on as subs for the last 15 mins and quickly settled into the game.

Alex Menez with some brilliant footwork got passed 2 Avondale players to swing the ball towards Paul O Neill who was waiting just inside the box, took control of the ball and fired a brilliant shot which left the goalkeeper   rooted in the same spot.

4-0 with under 10 mins left, the lads were hungry for more goals and they didn’t disappoint as Alex Coyne took possession in midfield, a simple pass to Alex Menez who was very cool and composed and waited for the lads to stay onside and with a perfect pass through their defense Alex coyne continued his run and with a fantastic first touch took control  and with the Avondale keeper running out, Alex took a sublime  first time shot passed the keeper to make it 5-0.

Overall it was a fantastic team performance and truly deserved the 3 points on offer. 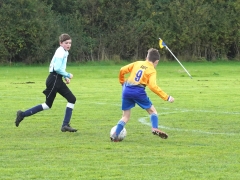 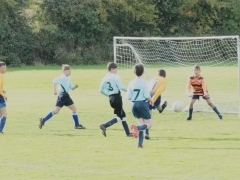 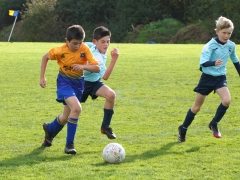 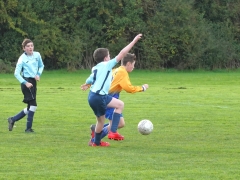 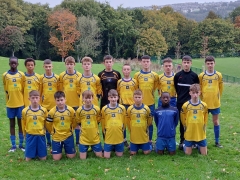 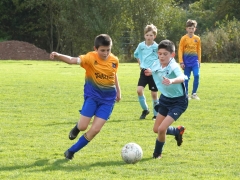 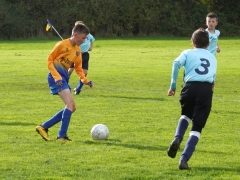 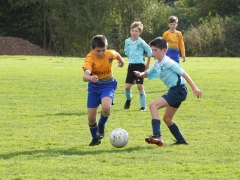 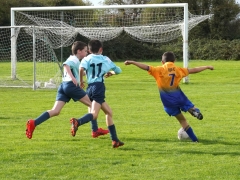 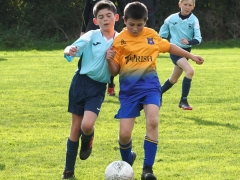 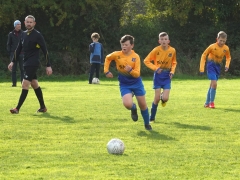 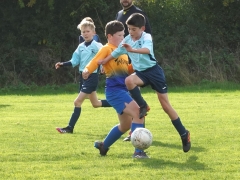