We traveled into local rival Midleton for a challenge game against their 3rd team to give some players in our large squad some game time. Unfortunately we only had 9 players available and it proved to be our downfall.

On a day of high winds and a heavy, wet pitch it’s was a credit to both sides the quality of play on show. Early on both team was very even, with the home side having the best chances. Stand in keeper Liam was brilliant in keeping them out. The defenders in front of him, Cody, Joshua and David also all played well and it looked like the game would go to the break even. Then Liam made a mistake from a goal kick and the Midleton striker ran free on goal and finished to give them the lead at half time. 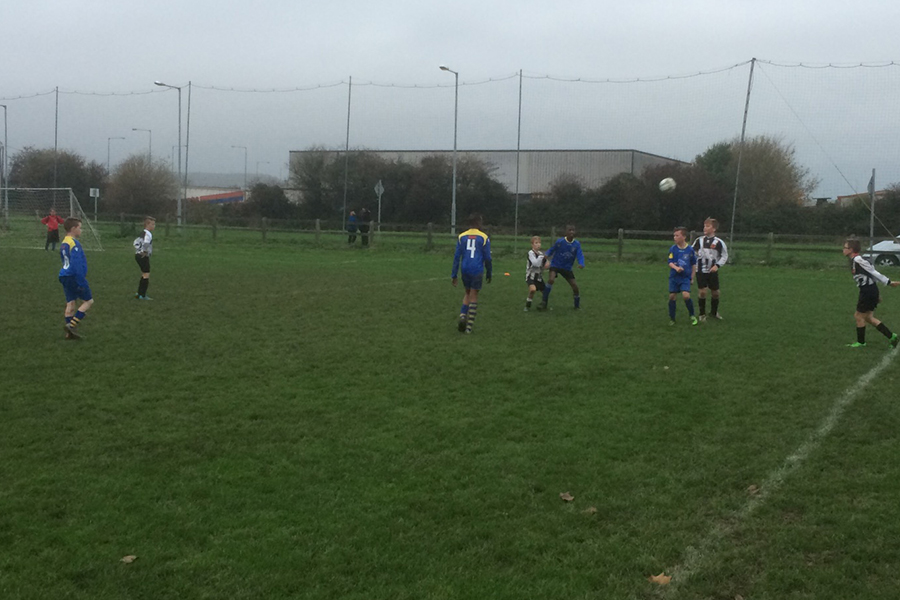 In the second half Carrig changed things a bit. Mark dropped back into defence, to allow Cody into midfield with Dennis, Reuben and George. This change helped and with Cody getting more of the ball and Denis running at the home defence we created more chances. eventually we took one, when Reuben in his first game from the club, finished well from close range after another run from Dennis caused confusion in the Midleton defence. Carrig took the lead in very similar circumstances but this time Dennis finished it himself from close range. Midleton kept pressing hard to equalise, but Liam was getting a hand on everything they through at him. Eventually as we tired and the home side kept rolling on/off subs the gaps in our defence began to show. With about 8 mins to play Carrig lead 2-1, but strong running and good finishing saw Midleton get 3 goals late on to win 4-2.

All in all a good day out, considering we only had 9 players, it was a good learning experience for our squad players.