Our latest league game took place on Monday night (23/4/2018) at home to Grenagh Utd. A very poor start from a lot of our lads saw us concede after 5 minutes when a corner kick wasn’t cleared properly. Sloppy play all over the pitch was putting our defence under pressure. We finally managed to get a foothold in midfield through excellent work from Cillian and Jack and got a deserved equaliser when a corner kick from Ben fell to Tadgh O’Connor, who blasted the ball into the net. Half time – 1 all. 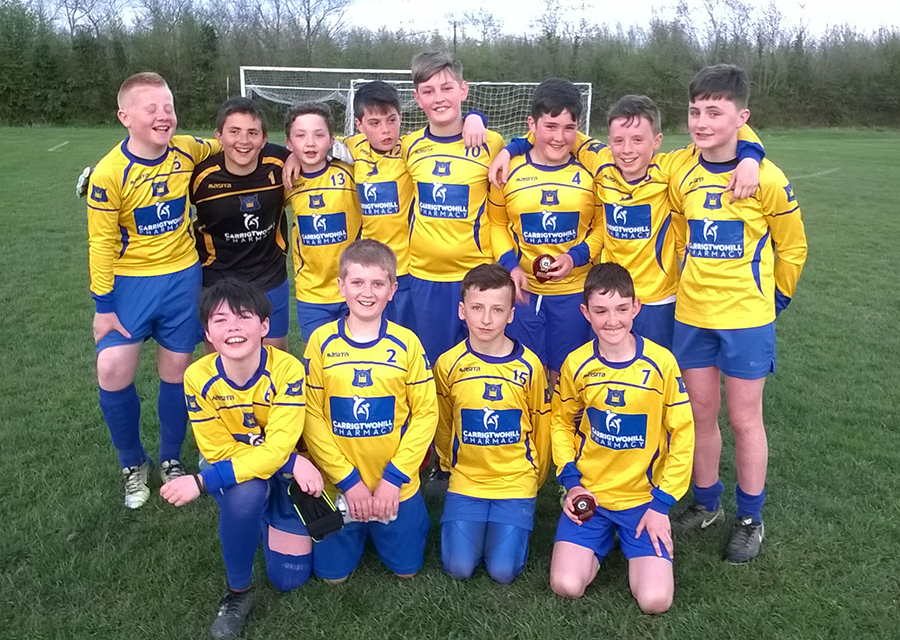 A few strong words were needed during the break and the lads in fairness responded well in the 2nd half with a much improved performance. Playing on the front foot and forcing Grenagh back we took a deserved lead when a great through ball from Cian was latched on to by Ryan Cooke to finish. Now well on top we really drove on and got a third goal shortly after when a driving run from midfield by Jack led to him being brought down in the box for a penalty. Jack took it to send the keeper the wrong way. Cian then got the 4th, which his efforts on the night deserved. We sealed a comprehensive win late on when man of the match Cillian McCarthy scored with a curler into the top corner to seal a 5 1 win which keeps our unbeaten league run going.

Player of the Match; Cillian McCarthy