League v Youghal United A in Ballyadam Park on Sunday 8th March 2015
Carrigtwohill United 3 Youghal United A 2
Scorers – Adam Rooney, Cameron Kenefick, Mark O’Connor.
We have now reached the halfway point in the season and this weekend’s match was a repeat of the first match of the season when the team traveled to Youghal last September. That match had been a very close one, with Carrig winning 5 /4 with a goal from Luke McCarthy in the last minute of play.

So a close match was expected in this return fixture and that is exactly what happened. Although Carrig appeared to be dominating open play, having half a dozen corners in the first 10 minutes, it was actually Youghal who went in front. A great strike from distance brought a fine save from Carrig’s Dennis Ogenete, but Youghal were quicker to get to the rebound. Carrig pursued their efforts, now in search of an equaliser, but Youghal’s goalkeeper was in fine form, saving everything smartly, until Adam Rooney showed great resilience to go higher than anyone else to head the ball under the crossbar on a Carrig corner kick. 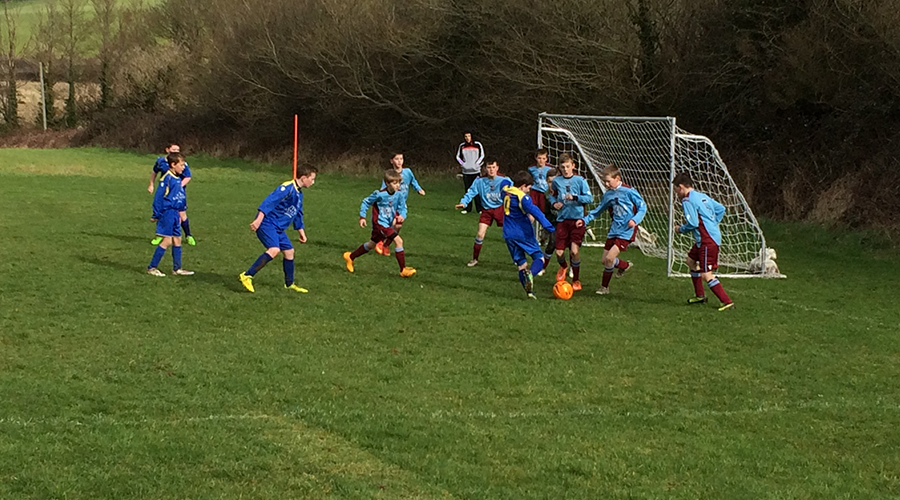 Half time came and play restarted on this score of 1 all. By now, with a number of replacements made, the game was very even and there were many goal scoring chances at both ends. Again, Youghal went in front and what a way to do it! From over 20 yards out one of Youghal’s midfield players launched an absolute rocket which skidded on the wet grass and bounced over Dennis’ hands.Peter Schmeichel would not have saved that one either… Carrig were still putting on the pressure and intricate play between Adam Rooney, and Cameron Kenefick led to Cameron ending up in space on the right to curl the ball into the empty net.

The game could have stayed at that, but it did not: Mark O’Connor who had been delivering wonderful crosses from the right wing all morning, decided to have a go. Pretending to run down the line one more time, he cut inside the left back and dashed towards goal, his low drive beating the Youghal keeper at his neat post. This capped a very disciplined performance by this player worthy of the “player of the match” accolade. 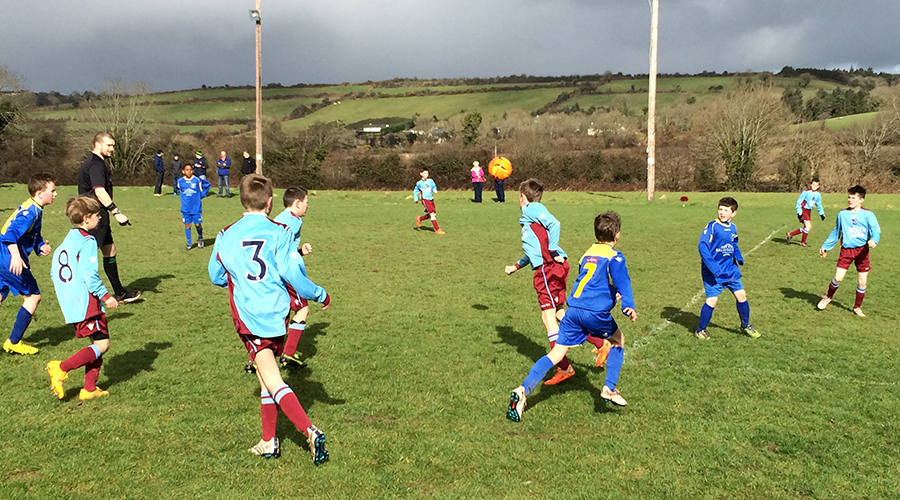 All in all a superb match for the spectators and a great one to win for Carrig. A great display in defence, certainly a great display in goals by Dennis Ogenete, who is getting more and more confident in goal and a better display in the attack. The three goals scored today are as much as this team has scored in its last 5 league matches. Progress!