On Sunday 20/11/2016, the  u11s played Temple Utd at Ballyadam Park, on what was a lovely day for football. Fair play to the players and their parents as there was a great turnout for this fixture. It was great to see most of the lads in their Carrig Utd colours. 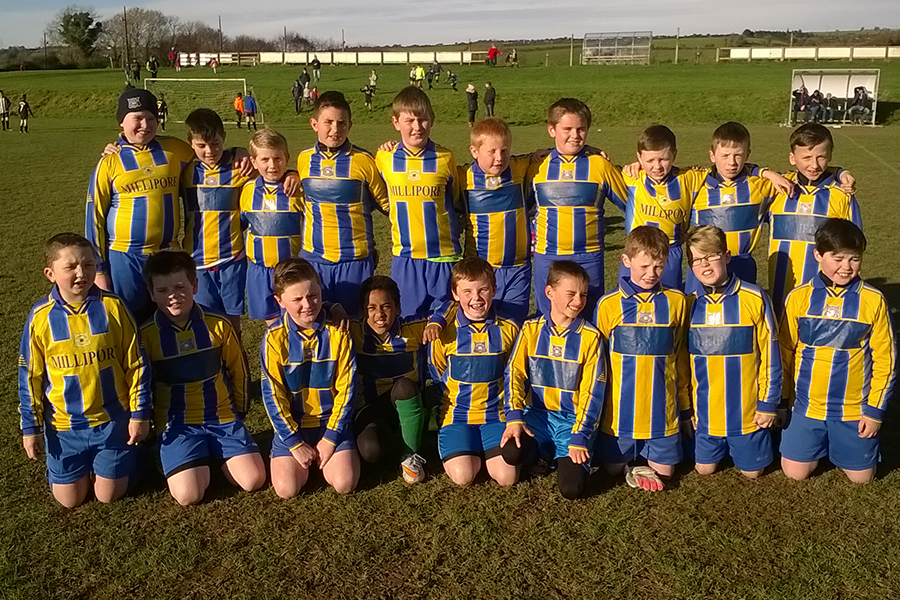 As usual in this level, 2 no. 7 a side games were played out against Temple. Both games were very competitive with some great team play being displayed by our lads. Some of the game play worked on at training was very evident and it was a pleasure to see the development of the squad. While it was honours even at the end, to be honest Carrig had more of the play and created numerous chances. The lads are continuing to improve, which was clearly evident in the  skill, game play and determination showed by both our teams on the day. This is very heartening, given the difficult level the u11s have been placed.

Well done to all the lads and keep up the good work.