Before the second half of the season begins the lads are fitting in a few friendly matches to keep up to speed. We travelled to Cobh to take on Springfield Ramblers in 4, 7-a-side games.

It was a beautiful afternoon to play football and we had a large panel with us, with all the boys getting a great run out. Springfield as always were fantastic hosts with the games played in great spirits, both sides giving 100% in some very sporting games. The football the lads played today at times was fantastic, dribbling, vision, fantastic passing and some great goals but what really showed was that  team work is vital to playing games. Playing for each other and the team. 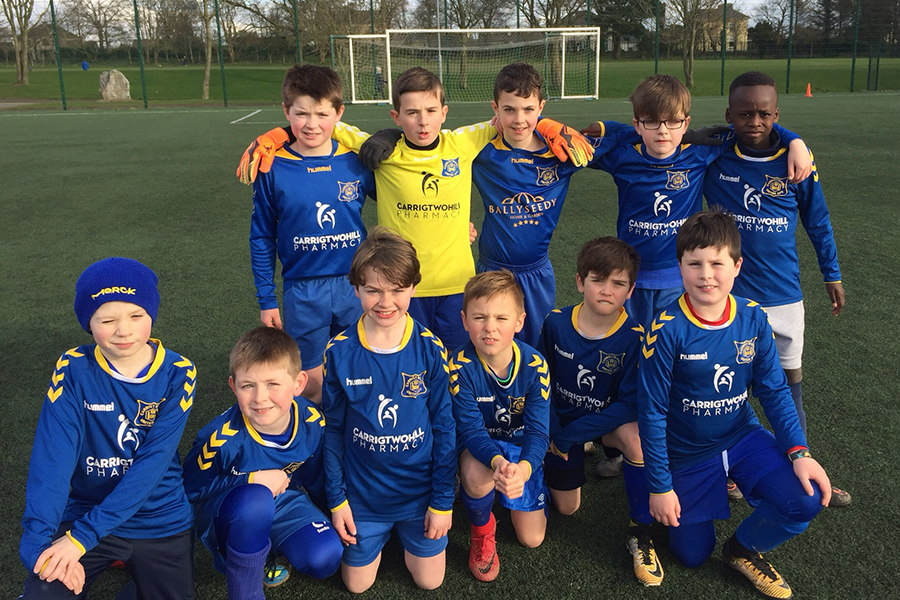 The effort from the lads was great to see, the concentration to try and keep the shape of the team and the discipline not to all go chasing after the ball was really encouraging, something that the lads have put a lot of effort into this year. The lads really do put in a massive effort between training and games always with a smile on their faces. Well done lads, Carrig Abu!