The lads had their latest game in the u10 league on Sunday afternoon. The visitors to Ballyadam this week were Churchvilla who made the short journey from Cloyne.

We played four 7v7 games with the competition between both sides very evident. Both sides gave their all in a very fair contest. The effort the lads put in was fantastic. With the larger pitch this year it can take its toll on the players getting up and down the pitch, but the lads really gave everything, there were some very tired players at the end of the game. There were some fantastic individual performances today, but what is really pleasing is players are beginning to understand the different roles and responsibilities of each position. The boys as always tried to play their football and some lads got their first goals for the team today, the first of many I hope. Some of the defensive displays today were really fantastic. 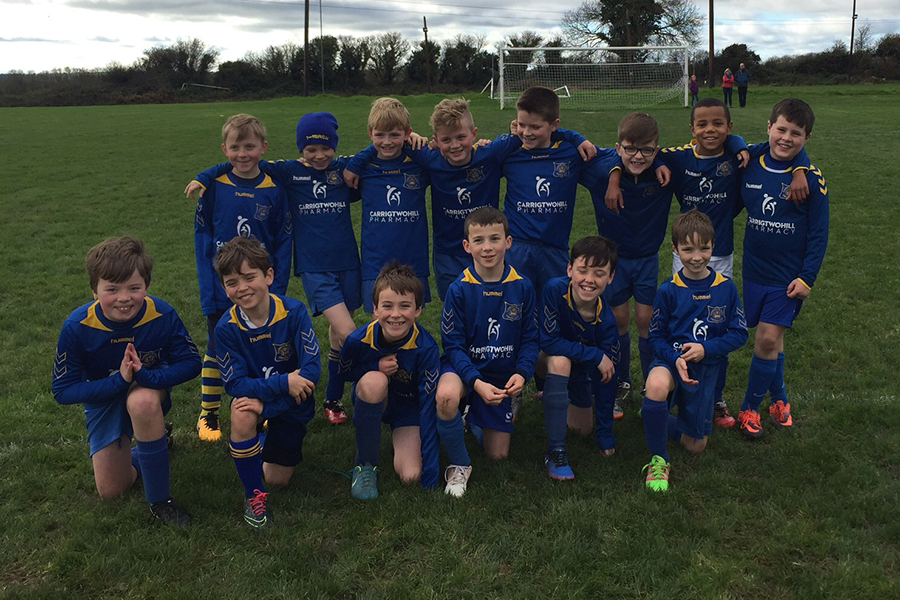 As always we can’t fault the energy, enthusiasm and commitment from all the lads involved. Well done lads……. Carrig Abu!!