Carrigtwohill travelled away to Leeds for their first meeting in Division 1 this season. Leeds had won the last encounter two seasons ago and Carrigtwohill wanted to prove they were a much improved side since.

Leeds started the encounter chomping at the bit putting our central midfield area under a lot of pressure which kept Jayden and Amany on their toes. The hosts opened the scoring after 10 minutes with some good football through the middle so Carrigtwohill knew it was going be a tough day.

The lads took time to settle but eventually started getting access to goal down the left side with Leslie and Ethan combining well on a few occasions. Leeds had a very formidable midfield and were physically superior.

The back 4 of Alex, Colm, Dennis and Esdras kept them at bay until their No. 10 received the ball from 25yrds out and struck a superb shot into top corner leaving Seba in goals no chance. 2 down after 18mim.

During the water break there was time to talk to the lads and get them motivated which they duly did. They had their first chance on goal when Ethan received a through ball from opposite winger Noah who was one on one with their keeper who pulled off a good save to deny Carrig their opener.

Carrigtwohill needed to test their keeper more and Jayden struck one from edge of box only to be denied again.

Halftime came and gave another chance to reassure the lads to keep up the tempo of the last 15 minutes. Bringing in Luke on the right wing for Noah gave a fresh advantage and the visitors soon scored their opening goal from a well delivered ball from Alex onto the head of Ethan. Game on

Momentum kicked in and the lads dug deep and grew into the game.

Another corner won from same side and yet again Ethan finished off with his head from nervy defending. Two great corners delivered by Alex.

Carrigtwohill were now on top and on the front foot. They had another chance when Ethan beat the full back for pace, but took a heavy first touch and their keeper closed down well to gather the ball.

In the next attack down the left side Leslie played a ball through to the heavily man marked striker Rollie who held off their defence to strike past their keeper into top of the net.

Carrigtwohill had taken the lead for the first time in the game with minutes remaining.

Composure was needed for the remainder to pull off a shock win away from home.

With the last possession of the game Leeds counter attacked and after an unlucky bounce and slip from the defender, the ball landed at the feet of their lethal No10 who broke the line and slotted the ball to the back of the net to break the player’s hearts.

The final whistle blew after restarting the game thus finishing 3-3. A hard one to swallow for the Carrigtwohill lads but a point earned away against a strong Leeds side and a lot of positives to take away.

Player of the Match: Ethan Collins 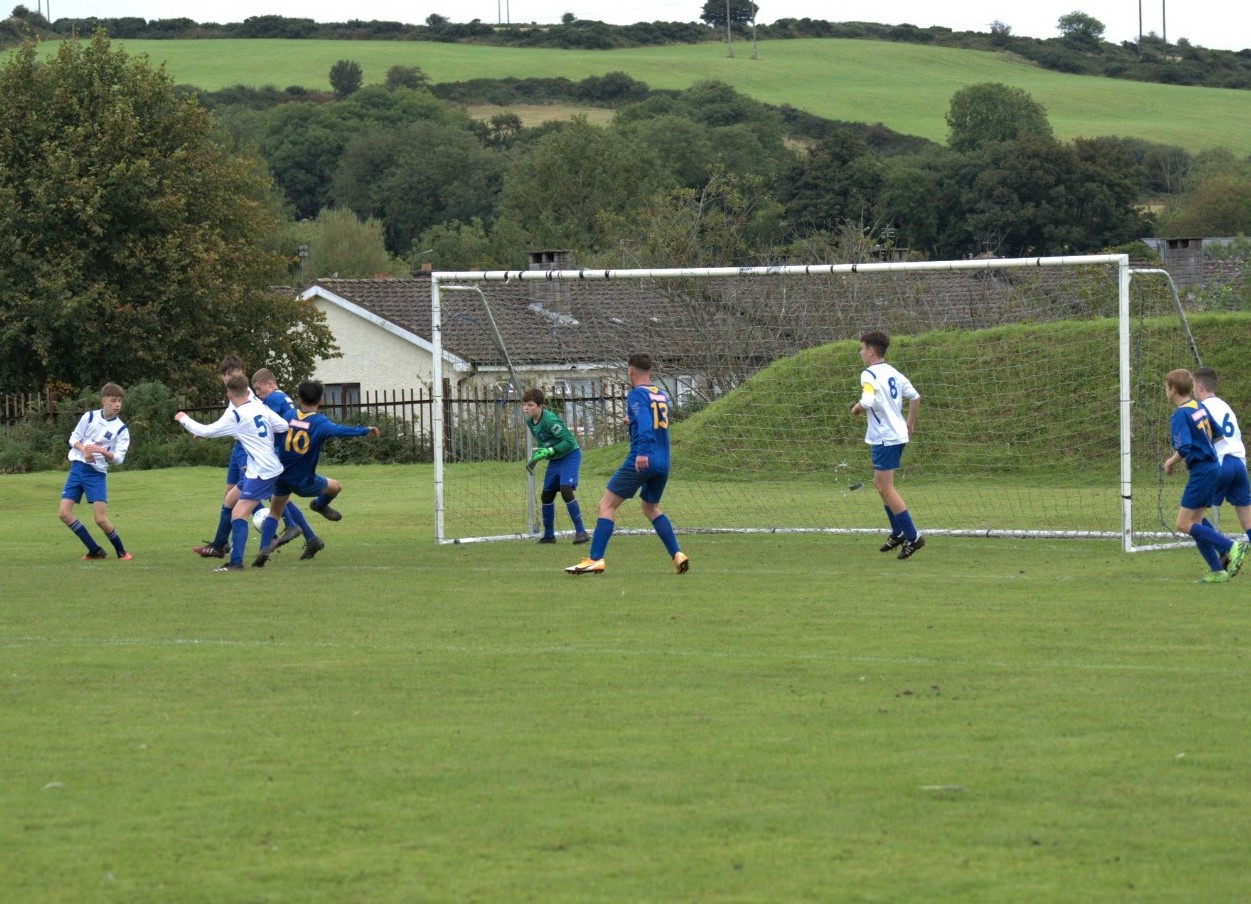