Under-14 Div 1 at Rockmount Park

Carrigtwohill United Under-14’s found themselves on the road on a dull, damp Sunday morning as they headed to Whitechurch to take on Rockmount in a CSL division 1 clash.

Both teams had opened their league campaigns with comfortable wins against Springfield and Corinthians respectively but this would be a tighter affair between the two sides that had contested the local cup final last month at the ‘Cross’.

Almost as if the weather gods had been waiting for kick off the rain came down and the wind picked up as the referee got proceedings under way.

Rockmount were straight out of the traps and their #7 David Dunne swept home a through ball to give them an early lead. As conditions worsened Carrigtwohill found it difficult to get out of their own half and the home team enjoyed a period of sustained pressure. The visitors found themselves 2 goals down on 18 minutes went a well struck shot from distance crept in at the near post, the #9 Conor Burke celebrated.

Carrigtwohill had been in this position before and knew it was a 70 minute game, slowly they got a foothold in midfield with Tom Walsh and Noah Nsengiyumva. This allowed Roan O’Keeffe to take up a more advanced roll and twice he went to the end line to flash the ball across the face of the goals but the final touch just eluded the Carrigtwohill forwards. Although behind at the break United could take confidence in their own play and now Rockmount would have to weather the storm for the 2nd half.

The visitors got their reward in the 56 minute following a corner that found its way back to Rian Thornhill via O’Keeffe. Thornhill took a touch to widen the angle and let fly, the ball sailing into the top corner. The equaliser came 5 minutes later again O’Keeffe and Thornhill combining. O’Keeffe latched onto a clearance from Adam Lee and shrugged off a challenge from the Rockmount defender to deliver a cross field pass into the path of Thornhill who made no mistake with the finish.

The majority of the attacking raids down the Rockmount left wing had been twarted by the defending of Niall Barry, the full back making some telling interceptions and well timed tackles.

With the clock ticking down the home side launched an attack and Dunne would claim his 2nd of the game curling a brilliant effort from the edge of the box. Down but not out Carrigtwohill came at the Rockmount rearguard again and one more through ball would force the home keeper to handle the ball outside the box. A free kick was awarded just on the edge of the penalty area to the Carrigtwohill right.

Rian Thornhill stepped up to deliver a wicked cross that was met beautifully by Morgan Foley with a bullet header! 3-3!

So the spoils were shared and both teams will move on knowing the return fixture later in the season may be more significant as both will have promotion hopes.

Again a terrific effort from all 13 Carrigtwohill United players on show, best of which were Morgan Foley, Roan O’Keeffe and Rian Thornhill.

Man of the match goes to Niall Barry who put in his best display to date in a Carrigtwohill shirt. 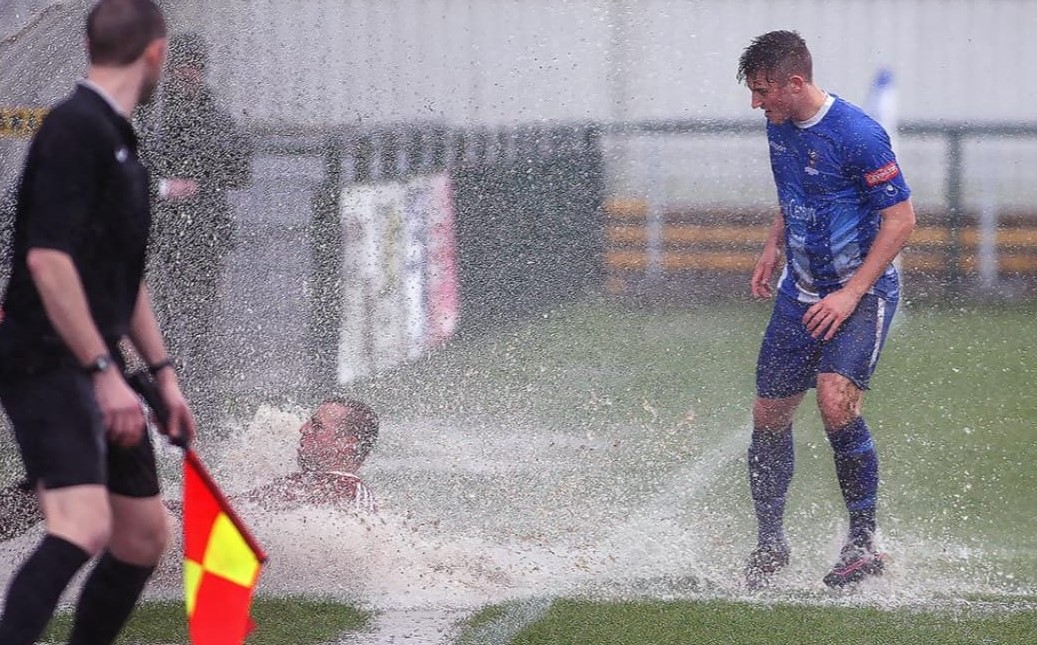