On Sunday Morning Carrigtwohill, welcomed Lakewood Athletic to Ballyadam after a good win in Youghal on Thursday night. Carrigtwohill started well and were ahead after 15 minutes.

Good work down the left from Kevin Daly and Andrew Knowles resulted in a quick throw in from Ian Murphy. Patrick Keyes pulled an excellent ball back to the onrushing Andrew McMahon who hit the ball on the half volley and into the bottom corner.

The home team immediately went looking for a second. Good work from Michael Furlong in the middle and then a run from Robert Adam down the right resulted in a corner which was whipped in by Billy Manning. Andrew McMahon headed it onto the post and behind for a goalkick.

Lakewood were now starting to get into the game and were moving the ball well and tested Joe Wyer in goals a couple of times before equalising with six minutes to go in the first half.

The second half began with an energised Carrigtwohill coming out determined to get 3 points. Dave Walsh and Ethan Daly-Harkin were marshalling the defence well and keeping Lakewood at bay and after some pressure Carrigtwohill were awarded a corner which Billy manning delivered. Andrew McMahon popped up again to head the ball home after 60 minutes on the clock – 2-1

Shortly afterwards Lakewood had a man sent off which gave the home side more space with efforts from David Cummins and James Furlong being flashed across the goal and Connor O’Leary finding pockets of space behind the back four.

Carrigtwohill comfortably saw out the remainder of the match. Another 3 points and a good performance from the entire a squad.

Man of the Match: Andrew McMahon 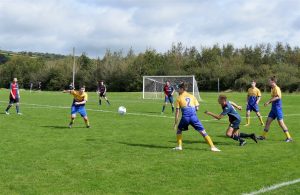 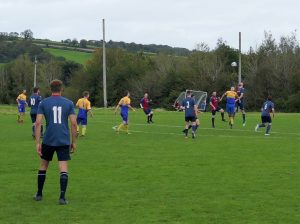 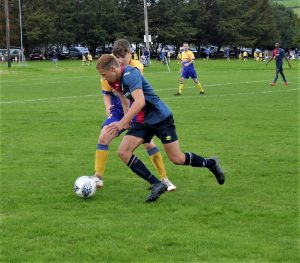 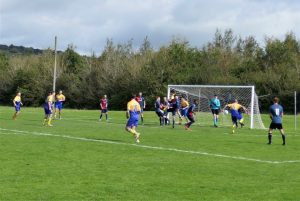 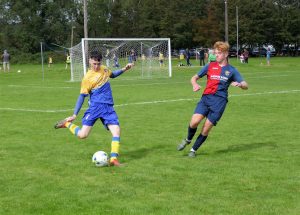 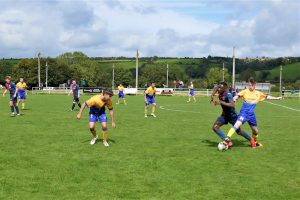