This Saturday afternoon, Carrigtwohill United Under-9 resumed their league campaign of small sided games when Youghal United visited Ballyadam Park. The lads had been off for a few weeks due to cancellations (communion year) and it was great to get some game time.

The boys and girls played twin games of 5 and 6 aside and as usual tried different positions and formations. All games were very competitive and high scoring with both clubs showcasing their budding superstars whose skills and tricks entertained the supporters.

Special mention to Michael, Karol, Isaac and J.P. from the home side who were outstanding and thanks to the Youghal coaches Shane and Alan and all their players who made the afternoon so enjoyable. Well done to all. 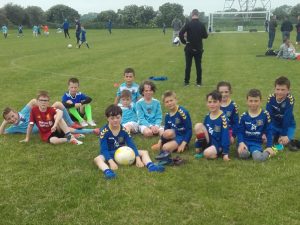 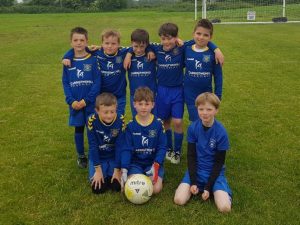