On a bright Saturday afternoon, Carrigtwohill United Under-9’s traveled to Moneygourney to take on Douglas Hall in the1st round of their league fixtures. The facilities available to the Douglas outfit are fantastic and something a growing club like ours can aspire to.

This is a busy time of the year, with all sporting codes in full flow due to the improvement in the weather and the longer evenings so great credit goes to all players (and parents) for the commitment shown.

Both clubs had 25 boys and girls competing in 5 × 5 aside games simultaneously, changing pitches every 12 mins. Something of a ‘Festival of Football’ you might say!

The games were played in great spirit with all players eager to show their tricks n’ skills (just in case they’d be scouted you know!)?. A big thank you to the hosts, players, coaches and parents alike who made the afternoon so enjoyable.

Carrigtwohill are looking forward to welcoming Douglas Hall to Ballyadam later in season. Well done to all involved. 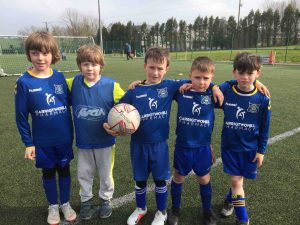 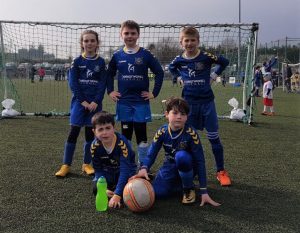 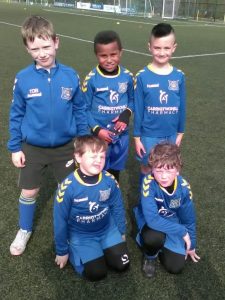 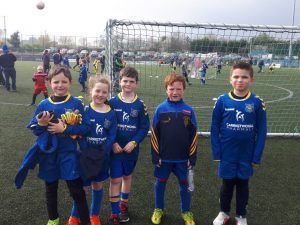 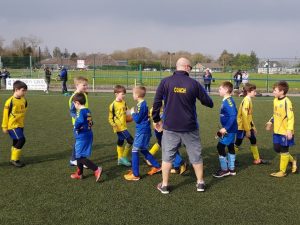