AUL 3A v Grattan United B

AUL 3A v Grattan United B

Carrigtwohill came away with an important 3 points against a hard-working Grattan side in Ballyadam on Sunday morning. On a tricky pitch Carrig started the game really well playing some good football but could not make their dominance count. The best chance fell to Lenny Hurley when the Grattan keeper pulled off a great save from his header. Carrig were getting plenty of joy down the right hand side but a number of great crosses from Chris Horgan flashed across the Grattan goal with nobody from Carrig attacking them. It was 0-0 at half time.

Carrig made a couple of changes at half time bringing on Ken Murphy and Jason Walsh but it was Grattan who started the 2nd half really well and were awarded a penalty after 55 mins when Lenny O’Halloran was adjudged to have handled the ball. It was a well hit penalty to Mugus’ left but he pulled off a great save. This was the warning that Carrig needed and they upped their game with Ian Kenny  beginning to dominate the game in midfield. They got their reward on 62 mins when Ken Murphy headed in at the back post from a great cross from Jason Walsh. Ken made it 2-0 a minute later when Ian Kenny won the ball in midfield and played a great through ball to Ken who finished well. Carrig continued to create chances with Ken Murphy hitting the side netting and Jason Walsh heading straight at the keeper but it stayed 2-0 until the end. 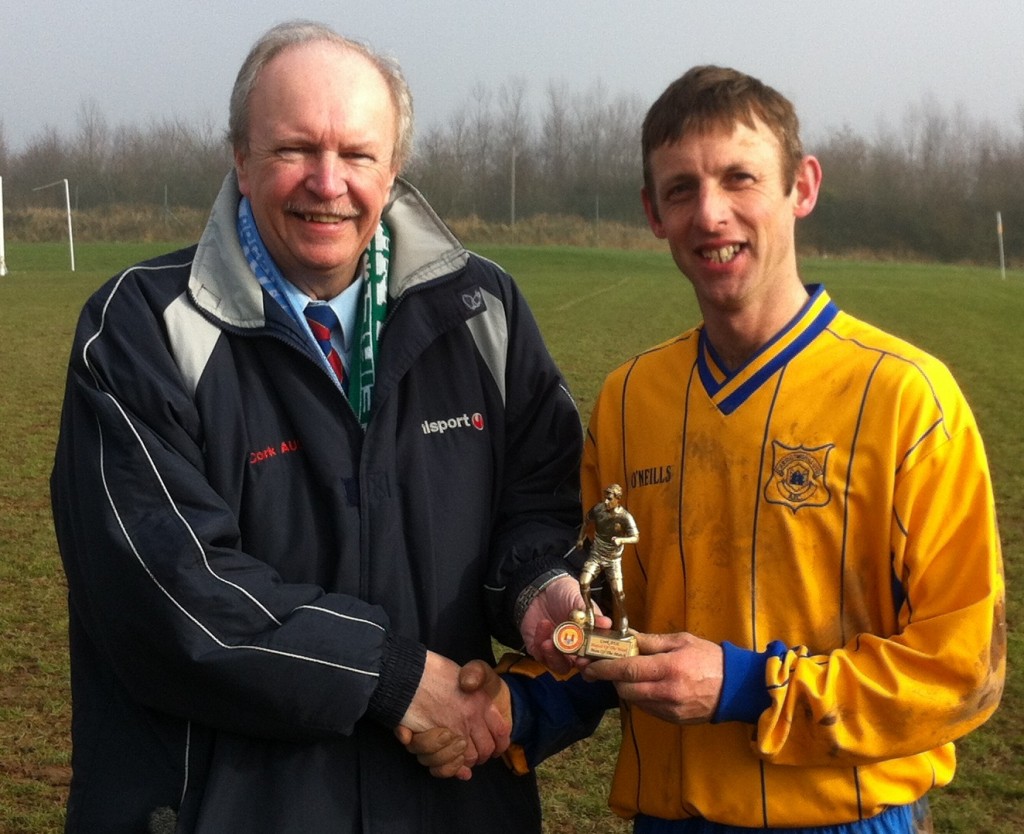